Ryan’s wish for a gaming computer

For Ryan’s wish he asked for a new powerful computer that he could use for live streaming.

Ryan, now aged 19, lives in Moordown and has Duchenne Muscular Dystrophy, a progressive condition which gradually takes the use of all his muscles.

Computer gaming is one hobby that allows Ryan to escape the restrictions of his illness. Through stepping into that virtual world, he can have the same experience as every other fan. Previously he played Call of Duty on his Xbox but wanted to progress.

Dad Jason explained – “Until he was about 11 Ryan could ride a bike and play football… but since then he’s been confined to a chair. He used to enjoy power chair football, but as it’s an indoor team sport Covid took that away.

He loves computer games, in particular Call of Duty, and that’s a world in which he can be equal to everyone else playing the game.

When Round Table Children’s Wish offered him the amazing chance of a wish it took a while for us to work out what he actually needed – and for me to understand it all!

Originally, I thought he wanted to do vlogging. But he actually wanted to do live streaming, where a community of gamers watch each other playing computer games.  And some of them even make a career out of it.”

So, once our wish coordinator, with some help from Ryan’s older brother Rory, had sorted out what he needed for the next stage of his computer gaming, we quickly got to work making the wish come true.

And what arrived was exactly what Ryan wanted!

Jason said: “It’s an incredible piece of kit – an all-singing, all-dancing desktop computer capable of doing everything Ryan wants it to do, completely bespoke to him.

It arrived in a huge box. Ryan just couldn’t believe it could be for him. He was so surprised and excited, absolutely over the moon.

When you have a disabled child the costs of anything are so high. You always think there are things you’d dearly like to give him, but finding the funds to do that when you also need to fund other necessary things, it’s such a juggling act.

Round Table Children’s Wish have done an amazing thing for him. Their wishes make all the difference to the family and to the child. We never thought anyone would do something like this for us and it’s hard to put into words.”

Ryan’s condition affects all his muscles, including his heart, and he is currently waiting for an operation to fit a defibrillator.

He lives at home with Jason, mum Karen and Rory who, when he has the free time, is also a keen gamer.

They do try to involve me in the computer games. But the only time I tried it I sat there with the controller, waited – and then the game was over. Too many buttons!”

Cathy, our wish coordinator said – “We’re thrilled that Ryan is so happy with his computer – it’s always a pleasure to make wishes come true. Ryan was 17 when we were first introduced to him. So it’s taken a little while but we managed to get him exactly what he needed.

Our work for young people is only possible through the generosity of people who give their time to fundraise for us. We’re so grateful when their donations result in gifts like Ryan’s.” 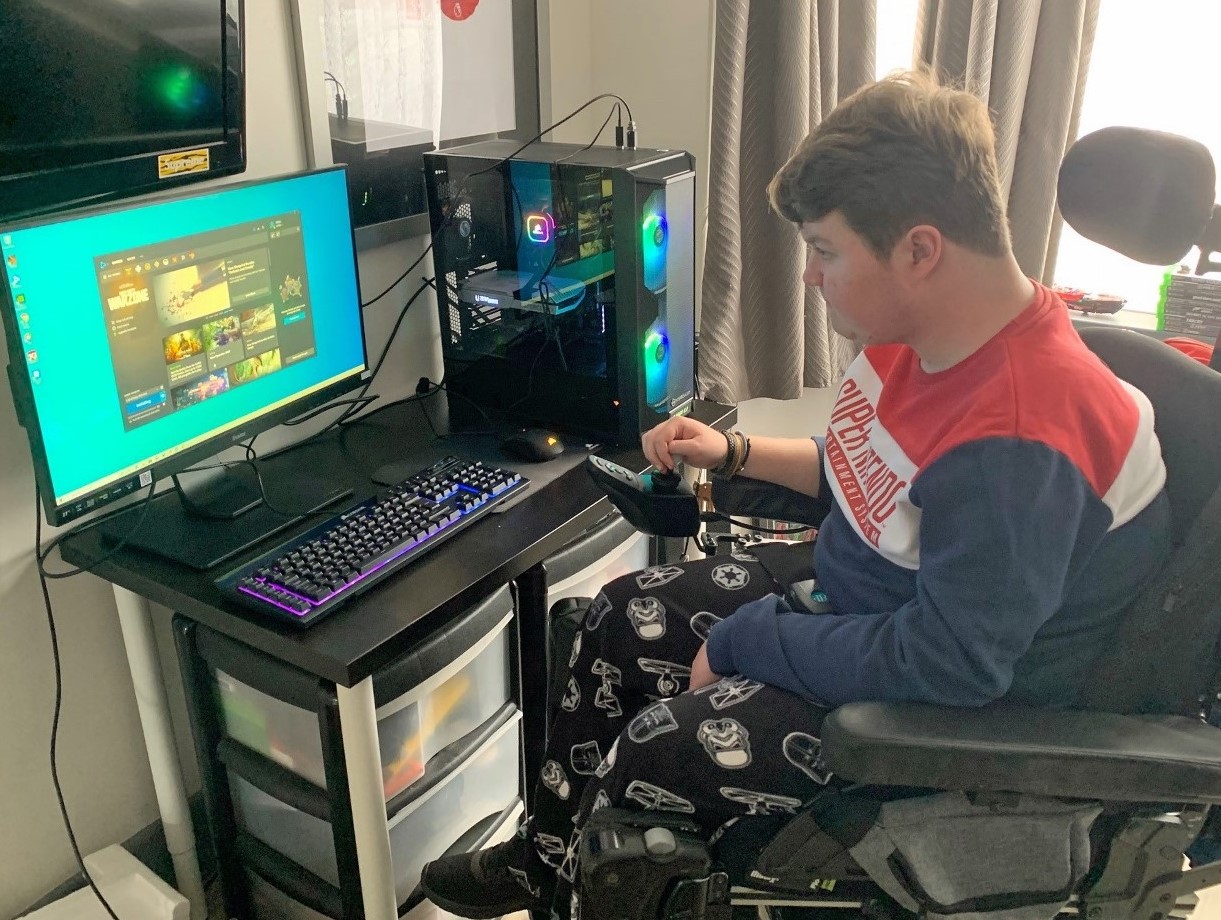